The Dutch are not doing bad internationally. Mainly because they are good businessmen, generally friendly and willing to come to a compromise. And perhaps because the Netherlands as a country does not pose a danger… On the other hand, again on average, the Dutch are very direct, sometimes even rude, and not always endowed with much cultural knowledge. The Dutch do not always realize that people from other cultures may not appreciate our direct manner of dong business. Not all people go for the lowest price only; trust, friendship and the building of a long time relationship may well be a more important factor. 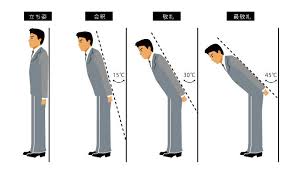 Mutual understanding of each other’s culture, habits and customs will considerably ease business contacts, negotiations and relationships. One of the most manifest differences between the Dutch manner of doing business and that of many other countries is building of trust before business may be done. But also other differences are important: how personal ca you be, when to use christian names, which topics should not be addressed, what physical distance to maintain, etc.

Of course the cultures differences differ not only per country, but per much more variables, such as the region one comes from, the kind of person one is, the industry one is in. However, general patterns can be distinguished, and much can be found on the internet. Good preparation with respect to the culture of the people you are to meet may save much inconvenience.